The Aztec social structure was very organized, they fallowed a strict Hierarchy. The Aztecs also made all children go to school. The Aztecs had 5 main social classes.  First it went the ruler and his family which were on top of the empire. Then it went to the noble class. In the noble class there were high ranking officials and some military leaders. Then after the noble class came the commoners which was the people that normally work as merchants and sell goods and other things. After the commoners came the peasants which worked in fields and farm land. Finally the lowest class was the slaves which worked for higher classes. Not like other time periods such as the Medevil Times the commoners could move up and social classes. The cities were separated into districts. 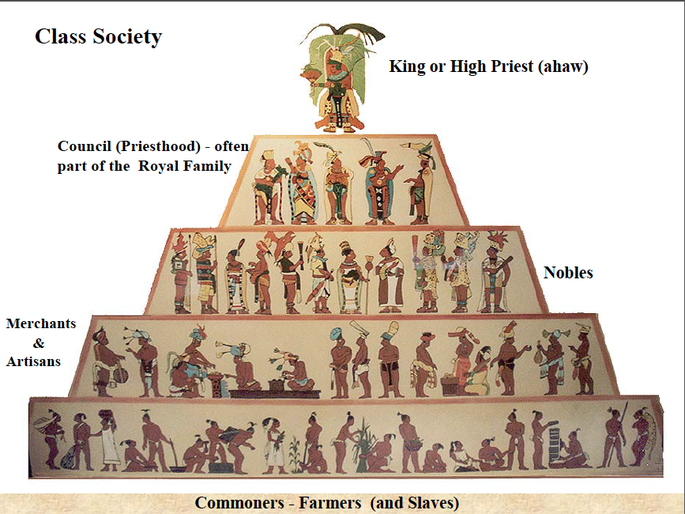